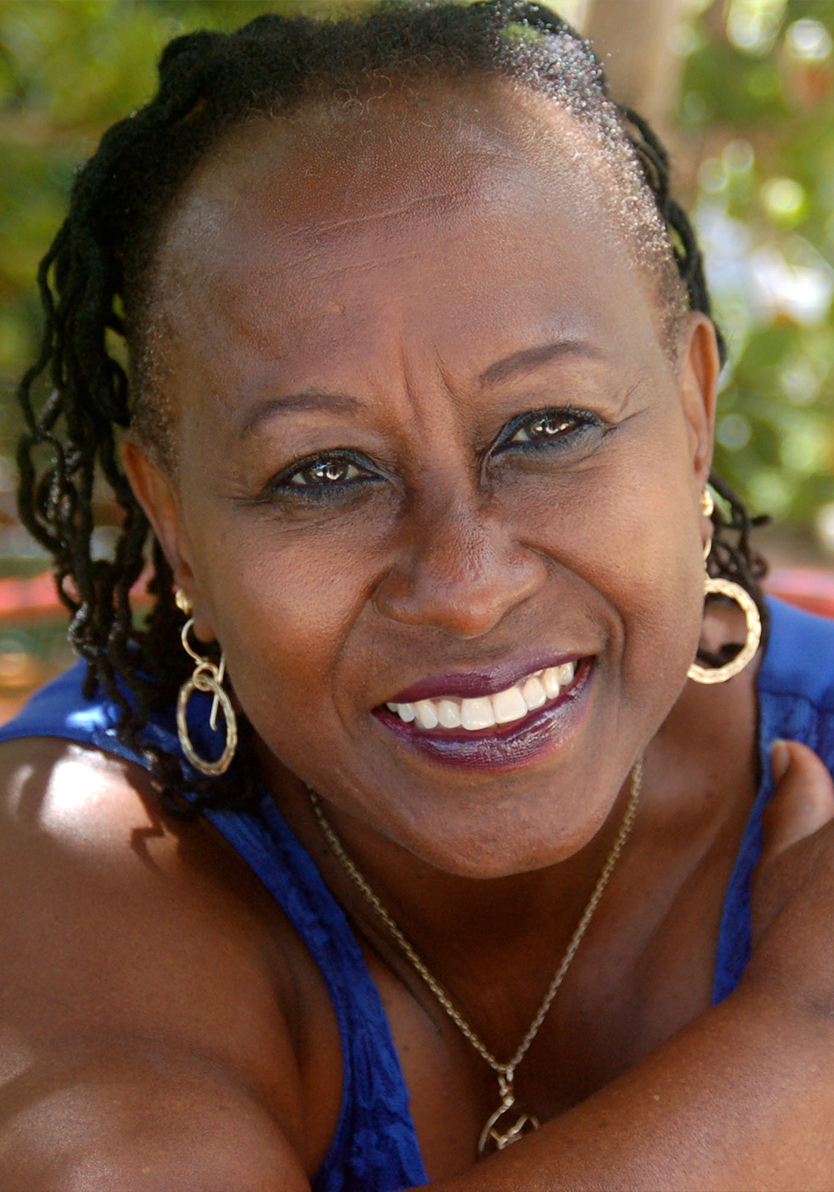 Although “The Sounds I like to Hear,” is not the first thing I wrote, it was the first poem of mine published when I was thirteen years old in the Wolmer’s High School for Girls magazine. We, the class, were assigned to write about the sounds we like and I wrote about the sea as almost weekly after church my family went and spent almost the entire day there. I loved then, and still now, the sounds of the waves.

Before returning our assignments, the teacher read the three best poems, and mine was the last read, as the best, and she said it should be published. I was never asked if I wanted it published, just given the magazine when it was. Sadly I do not have a copy of that poem now.
What I remember from when I was about eight years old is sitting in the tall grass or laying on a tiled tomb writing… I did not keep what I wrote as they were just my way of collecting my thoughts, and I never imagined that I would one day become a writer.

It always begins with me, writing to make sense – meaning to better understand what I am seeing and feeling, then very early on it was writing to give people back a part of themselves that I suspected they didn’t see or recognize or value, then it was to preserve aspects of my culture, to praise, to sing, to amplify, to honour the ancestors, to ensure that there is memory and continuity.

I think it was the earliest collection of Louise Bennett’s poetry. However, I am fairly certain the first black writer I read was Jean Toomer, Cane because of the title. Having grown up on sugar estates where cane was everywhere, I remember pausing as I was browsing the book shelves at the library in Harlem and saw the title. I did a double take, then pulled it off the shelf. It was not the canes of Jamaica, but was richly sweet, and peopled by such extraordinary women. I devoured it then, and have since nyamed it again many times; it remains my favourite, and is an amazingly crafted mixed-genre collection by one of the best Harlem Renaissance poets. It was Toomer who led me to Claude McKay, Jamaican’s great poet of the famously quoted poem that Winston Churchill used to rally the British soldiers, “If We Must Die,” and author of the great Banana Bottom. I did my MA oral thesis on Claude McKay’s work.

How many Caribbean writers from the 1940s and 50s can you name?

I want to know more about almost all the writers whose works I have read; what was their childhood like, what prompted or solicited their work, where they were when they wrote said piece, the whole act of creation and how this intersects with their life and family… But after I read Ceaire’s Return to My Native Land, Nicolás Guillén’s The Zoo Keeper, and Simone Schwarz-Bart’s The Bridge of Beyond I wanted to talk with them, to know who they were, what they ate, enjoyed doing when they were not writing, and from whence came their power and vision. I can’t explain it but these three works took me places I have never been before, made me want to find my Obeah to reach deep and come up with gems, miracles, words to cure to assault of slavery, colonialism, and the post independence trauma, and all the things that have yet to be made right for us people in the Diaspora in general, but specifically, Caribbean people.

When I was writing my dissertation in the 80s, this was my initial quest to unearth the first and earliest novel/poem/play, anything by a Caribbean Woman. As a teenager I had read Herbert G. De Lisser, 1929, novel The White Witch of Rose Hall, but I yearned for the stories of black enslaved women and free working class Caribbean women. I read the Wonderful Adventures of Mrs. Mary Seacole in Many Lands,1857; The History of Mary Prince: A West Indian Slave, 1831, and I wanted to find the Caribbean equivalent to Phillis Wheatley. I had read poems by Una Marson, and of course everything by Louise Bennett. Read Sylvia Wynter’s novel, The Hills of Hebron, 1962, then stumbled on Phyllis Shand Allfrey, The Orchid House, 1953; Ada Quayle’s first novel, The Mistress, 1957; Eliot Bliss’ Luminous Isle, 1934; and finally Alice Durie’s One Jamaican Gal, 1939. Although, Durie is an outsider, a white American who married a Creole Jamaican, her text offers important insights. Sadly, when I was doing field research in Jamaica and sought out and met her son, he confessed to burning her papers and other unpublished novels, because he didn’t know what to do with them, he claimed. This was a man with a successful business and warehouse. I was so angry I gritted my teeth to keep from slapping him. If this was the fate of an upper class white woman, then what chance during those earlier times for the poems and novels of a poor black woman, especially in the Caribbean.

Yes, profoundly because I think we have lost too much already. We have not paid enough attention to the oral tradition and nor more attention to the griots --the old folks and the stories that many carried with them. The literary past is important because many things are changing so rapidly and there is so much this present generation of Caribbean youth don’t know about their culture, history, customs and traditions. Our literary past is evidence that we maintained an African ethos, that we have religious practices that existed beyond the narrow fundamentalist, Judeo-Christian judgemental doctrine that so many now believe and practise. Our literary tradition provides key clues for us to study and unearth essential parts of ourselves. The trajectory is not straight, but it is a sturdy line full of all types of clothes for the whole family, just blowing in the breeze, fluttering and prancing and calling out to see, touch, hear, and listen. Our literary tradition is full of stories about the wealth of richness like our bauxite, pitch-lake and cassava, yam and coconut and Swallow-tail butterfly and hummingbirds

All writers are important, often and especially those who don’t make the headlines; those who are writing between the cracks, who are writing to maintain sanity, to show all of us, flawed or not, the multi-dimensional aspects of our societies.

The works of students, mostly Caribbean children, and those emerging writers whose work will dance and fly off the page in the near future.