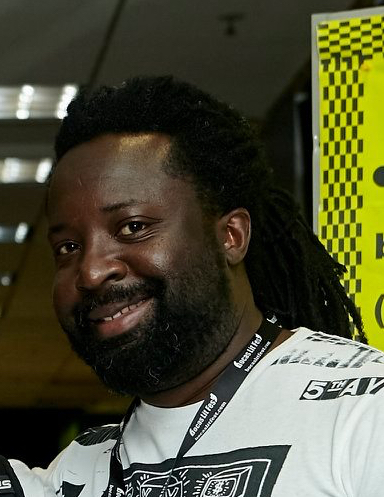 The first thing I ever wrote was a version of a Batman comic.

I write for myself, I write the stories that I want to read.

The first Caribbean book I ever read was The Year in San Fernando by Michael Anthony.

I went to High School in the 80s so a lot of the guys that I read are probably from the 60s. We weren’t taught a lot about writers from the 50s.

And also Toni Morrison, who is my all-time hero.

If we are not counting serious novels, it was probably some Jamaican folk tales.

Of course, it does, It matters for all sorts of reasons. It matters in the sense of this is the first attempt at self-determination. It matters that there were still people who didn’t think we were capable.  It matters in the sense that these are the people that took the voices that were coming out of our mouths and said ‘this is worthy of serious fiction and serious literary merit’. The fiction, the poetry, the drama, the music. I wouldn’t be here without them. They made me realise that what I’m doing was possible, and they continue to challenge and interrogate, even when my worldview is different from theirs.

I think a lot of the first-generation writers who wrote under the gaze of the UK, or in relation to that. I don’t have that reality but there is so much to learn, so much to teach. Sam Selvon still has a lot to teach us, so does Andrew Salkey, so does Jean Rhys, so does Jean Binta Breeze. I’m in awe of those writers and I’m still star struck when I meet them.

That’s an impossible question. I think the list is too large. And I think they are important for all sorts of reasons.  I think Patricia Duncker is important because she’s pushing the boundaries of what we expect in a novel. But is Patricia more important than say, V.S. Naipaul? Or Linton Kwesi Johnson? Or writers in the diaspora, as opposed to on the island? It’s an impossible question because it makes us start to rank writers; that’s stuff for Europeans and Americans. There is so much to be learned from so many writers, for so many different reasons.

I’m reading Jane Eyre. Wide Sargasso Sea is one of my formative novels, so it’s been a while since I’ve read the novel that caused all of this mess. It’s very interesting in the ways in which it manages to be, thoroughly feminist but not in the least bit universal in exporting that feminism.

Would Charlotte Brontë ever have had an elevated view of Black people? Probably not, but it’s interesting reading a novel where a woman is trying so fiercely to claim the right to her space. It is fascinating, it’s wonderful, I wish she could have translated that feeling to some sort of empathy. But that’s the limitation of the English.