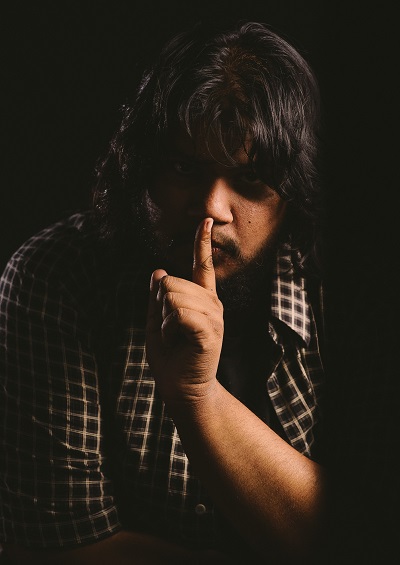 Outside of school, I use to design these mock videogame ‘guides’ when I was about seven or eight. I use to do them in school when I finish all the sums. I fill them with monster design and description—Anansi and a rabid Brer Rabbit was somewhere in there among the yokai, I reckon. There was characters with all their traits and magical abilities—they coulda possess animals, cast spells, write with their left hand. But the meat of it was the plot. It wasn’t good plot, but it was fun. Good pulp.

They was heavily steeped in Japanese folklore as a great influence of mine was the stories and characters in 90’s Squaresoft Japanese role-playing games. I played much more games than read books back then, but I was always in love with storytelling.

Who do you write for?
Myself, who else? A great deal of stories that I ever write have been based on things I see in the news or people I hear about. Just the other day I sit down listening to my aunt and cousin talking about somebody who smoking out their whole house for ghosts.

There’s also another story that was in the news way back when in La Brea—where a whole family, granny and all, was taking care of this dead baby. The story fall out of the news a week later—we never get to know why any of this happen. Writing gives me the ability to imagine the bedlam of some of these situations. To figure out why.

What was the first Caribbean book you read?
Front to back—probably Christopher by Geoffrey Drayton. While the titular character was everything I shoulda find interesting, the book itself was incredibly boring to me. I think partly why I felt this way was because it was for a book report and I think partly why we have so little reviewers left in this region is because of them cursed book reports.

How many Caribbean writers from the 1940s and ‘50s could you name?
Can’t be sure of the years but when it come to the old guard, I suppose: Selvon, Naipaul, Walcott, James, Lamming, Brathwaite, and such. I admit—I only recently start reading more Caribbean literature so a lot of the more niche authors elude me. Edgar Mittelholzer is an author I think I need to read more of.

How many women?
Jean Rhys and Merle Hodge, though I think them is much after the 50’s.

Which writer do you wish you knew more about?
Harold Sonny Ladoo immediately comes to mind. No Pain Like This Body is my favourite Caribbean book and it’s one I only read about two or three years ago. The book is interesting to me because it’s a bit of a mess. The shamelessly overused onomatopoeia, very brief sentences and overall wobbly structure is all indicative of the child-like point of view it’s told from—and I think the book on the whole is quite brave and honest. It woulda been interesting to see how Ladoo’s writing woulda evolved hadn’t he been murdered.

What is the earliest piece of Caribbean writing you have read?
Difficult to say. Two years ago, historian Angelo Bissessarsingh help me a great deal while I was researching La Paille Village and Frederick Settlement for an article with Commonwealth Writers. He send me some reading material that I believe was from the archives. So likely that.

Does the Caribbean’s literary past matter to you?
It matter to me, yes, in the historical “lest we repeat the past” and “we should tell our own stories” sense. Lemme tell you, I feel like appreciation and sensitization of the literary past is paramount to the upcoming generations. As for me, a child of the 90’s, I was never exposed much to it beyond Boyo and Carla and page-long excerpts of The Lonely Londoners in the reading textbook.

People ain’t have the willpower to dig up in no archives and no Port-of-Spain bookstore and meet up no man in no Grand Bazaar car park to receive a handy copy of a local book, even if that book be the Holy Grail. Our books, of all eras, need to be at all booksellers—and it would be that way if we could make nowadays people give a shit. To see the connecting thread between the lives and the words. That’s the mission.

While I ain’t the biggest fan of the books from our literary past, I’d be an idiot to say they ain’t pivoted against our identity.

Who are our most important writers today?
My literary adolescence was mostly shaped by Cormac McCarthy, Stephen King, Bukowski and early Palahniuk. Even now, I connect more to Murakami’s Sputnik Sweetheart and Dahl’s Boy than most Caribbean literature. It have little in early Caribbean literature that really appeal to genre readers and teen readers from what I been seeing. That’s changing nowadays with the array of young adult stuff coming out. I know I woulda be a bigger fan back then if there was a classic Caribbean horror or a classic true crime novel.

Lyndon Baptiste is a name that rarely pops up when speaking of Caribbean literature, but have him read in front of any crowd, even those who shudder at the word ‘book’, and see them light up. It’s akin to pulp—good mango pulp. We need stuff like that too, which I think can be incredibly marketable.

Rhoda Bharath, for the same reason as above.

Is André Alexis one of ‘our’ writers? I know the man does live in Canada but it say he from Trinidad. But if so, then him too. Because Fifteen Dogs is one of the most brilliant books I ever read and it is a life goal of mine to write something so strange and beguiling. In fact, it making me feel to go write right now!

Of course it have more, but them is three I wanted to highlight.

What are you reading now?
Penpal by Dathan Auerbach. A horror.