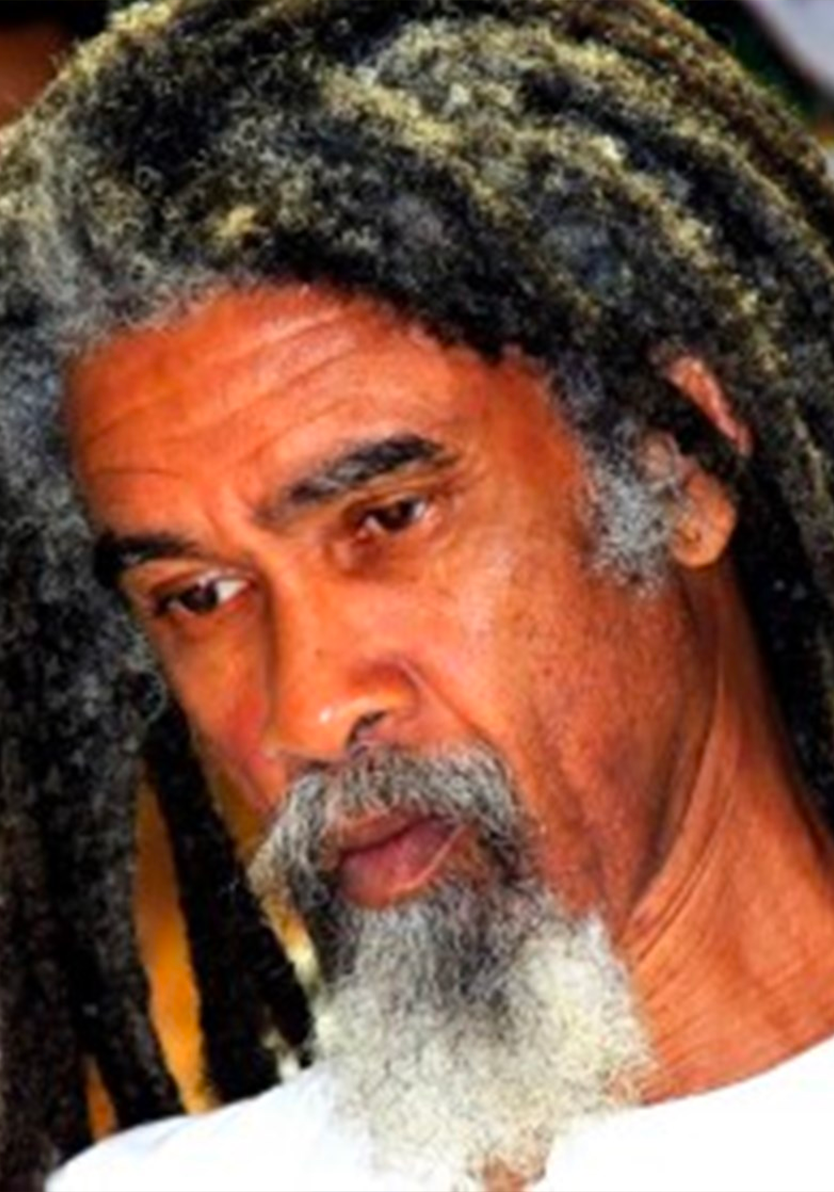 I couldn’t absolutely swear it’s the first thing, and it’s highly unlikely that it is, but the first thing i clearly remember writing is connected to an incident when i was eleven years old – and the incident, no doubt, is why i remember it. i was in primary school and i was showing a poem to a classmate instead of paying attention to the teacher. The poem was about daybreak; it painted word pictures about cocks crowing, cows mooing and the kind of natural scenes and activities associated with dawn. It was in quatrains, i remember, and each quatrain ended with:

Most likely there was a rhyme scheme but i don’t remember it. There’s a sharp and distinct memory of a particular quatrain which ended:

‘And all the birds and beasts awake

For it is dawn’

Here’s the reason i remember i wrote this poem: i’d been showing it to a classmate, Michel Thome, ignoring whatever the teacher, Miss Goodman, was teaching at the time. She had obviously spotted me and she continued talking but strategically walking down the side of the class meanwhile. i must have been really engrossed because i hadn’t noticed. Then i heard her voice right next to me! She asked sarcastically what it was that i was showing my classmate which was so interesting that i couldn’t pay attention to her. Naturally, i was dumbstruck, terrified. And then ten times more terrified when she said that since it was so interesting, maybe i should share it with the class!

I was a shy child and having to go and stand in front of a class and read something, especially something personal like that – horror! But disobeying the teacher was out of the question so i somehow reached the front of the class with my exercise book and i read the poem. (A very attentive audience, my memory tells me, but no doubt attentive for reasons other than the pleasure of poetry.) i finished reading … And the class burst into spontaneous applause!
Not a bad introduction to the world of composing poetry and performing it.

Most crucially, a Caribbean audience - wherever they are. And more specifically within that, persons who are interested in the questions and issues of what i understand as Caribbean Civilization. That’s a whole vision there: a nexus of beliefs about history; about the individual and his/her relationship to the collective; a cosmology, even (in my individual life); a struggling spiritual practice. Can’t go into all that now but because i write from that vision, a Caribbean-grounded and oriented audience (broadly speaking) is my primary audience. There are aspects of the work that have a wider reach, and that’s normal. i come from a basically Marxist perspective in my analysis of societies (not necessarily solutions) and that aspect of the work, more political, can talk to an audience for whom the Caribbean is not necessarily a significant element in their thinking. And there are other aspects of the work – for example, exploring a deeper connection with the nature-al world; or ongoing spiritual quest (Blake: ‘I will not cease from mental fight/Nor shall my sword sleep in my hand’) – which would resonate with non-Caribbean audiences. But my foundation and direction in space-and-time reality is Caribbean.

Not certain. The one which made an early, deep, lasting impression was Roger Mais’ Brother Man, which i read when i was sixteen. i worked part-time when i was in Lower and Upper Sixth as a librarian at the UWI Extra-Mural Centre and I devoured its library. Still an important book for me.

This was an interesting exercise. Did some memory-trolling and basic research and i came up with 27 – including writers from the Francophone and Hispanophone countries - and i’m not necessarily well acquainted with their work; in many cases, just know of them – like Alejo Carpentier, for instance, whom I’ve never read. Seem to have read at least a bit in all the others, though. There were a couple writers whom, because of my exposure to writing from the Francophone countries, i had studied or knew of, who weren’t in a list of Caribbean writers that i scrutinised to refresh my memory: Gilbert Gratiant from Martinique and Leon Damas from Cayenne (French Guiana). Was surprising to me to see how much of John Hearne’s work was published in the 1950s. Still think of his work as quite ‘now’. Struggled a bit to decide on whether to include a couple persons who might have had one work published during the period (like Eric Waldron or VS Reid) but who either didn’t continue to become well ‘established’ as part of the Caribbean literature landscape or their best-known work and impact was later. Naipaul is a fascinating border-criss-crossing figure in all of this, i’m thinking. Not surprising.

Hmmm … Four. Louise Bennett,Phyllis Shand Alfrey, Una Marson, Marie Chauvet. Chauvet, i only know of - never read her - because my first daughter did an MPhil on Chauvet’s work.

A L Hendricks. My initial interest was sparked by a poem i came across sometime in the 80s, when i was teaching literature in a secondary school in Saint Lucia, called ‘To you in Saint Lucia and Mars’. (Some blatant national chauvinism obviously going on there.) And the few other poems i’ve encountered since have piqued my curiosity – partly because: (a) there seems to be a meticulous concern with form – and that always pulls me in with a poet; (b) here is a person who lived through and was aware of the major phases of modern Caribbean history but perhaps had a more oblique relationship to it than the writers who loom so large in our understanding of it: Lamming, Walcott, Brathwaite, Carter, Selvon et al. Of course, i may be wrong – hence my perhaps - but i get that impression. And i’d like to find out. He’s a figure who intrigues me and i’ve never made the time or tried to put in the effort to delve into his work.

Hmmm … The question spins me into some self-questioning. Including: What exactly is meant by ‘Caribbean writing?’ Sometime in my very late teens i read chunks of what i now realise must have been an abridged version of Père Labat’s Nouveau Voyages aux isles Françoises de l’Amérique (in French, no less) and was fascinated. What it was doing at my home, i have no idea! It was published in 1722 so if it’s Caribbean writing, it would be the earliest i’ve read. Would that qualify as Caribbean writing? Seems to me that for now i honestly don’t know the answer to your question. Which is interesting, to say the least.

Yes, it does. (Though i’m finding myself more and more drawn to wanting to explore its theatrical past.) Because i have long believed, and taken as self-evident, that the Caribbean has a unique influence it can bring to our understanding of world history and civilization. And since the shape of that influence is at least partly explored and revealed in its literary past, it’s not just helpful but necessary to connect with that past.

To me, some of the usual suspects – like the path-makers, Derek and Kamau – are still crucially important. Kamau’s word-works, his aesthetic, his restless philosophising about our Caribbean Time-Space need in-depth exploration along a wider front. It’s happened more with Derek’s work for a variety of reasons and needs to happen with Kamau’s. Very difficult for me to give a considered informed answer to the question because i don’t particularly try to keep up with the newer stuff coming out. i make a bit more of an effort with poetry than with prose but even someone like Lorna (Goodison) whose work i think is important for a variety of reasons, i don’t strive to stay abreast of what she’s written. And I’m terrible with prose fiction! Terrible! At the back of my mind is a project to put aside a three to four years just to catch up with the later and latest Caribbean writing in all genres. Wish me luck. Because I desperately want to read the plays that have been coming out of the Anglophone Caribbean from the 1950s onward, published and unpublished, and struggle toward an informed overview of that work.

Hah! Not sure I should be answering that in public. My reading for some years now has been deliberately narrowed down to a lot of what some people call esoteric literature. From a variety of sources and traditions - but my base, my foundation, is what’s broadly referred to as Fourth Way: the concepts and practices emanating from the work of George Gurdjieff. It’s a bottomless labyrinthine tunnel which connects with so many areas of thought and practice and what i’m hoping to gradually work towards is, among other things, a perspective on precisely areas like Caribbean literature. i’m looking with narrowed, critical eyes at the perspectives offered by post-colonialism and the various cultural identity paradigms and finding that, necessary as they are (and to some extent, they are), they bypass the huge X that life is, the deeper questions that X-is-tense challenges us with. They’re too relentlessly sociological and they try (in a way, they has no choice, i suppose, but to follow their own logic) to subsume every other viewpoint into their perspectives. What i want is to immerse myself in another way of See-ing and Be-ing and from that understanding, engage with our literature, and the critical scaffolding (Oops! A Freudian slip?) that’s being constructed around it. For now, i don’t have the understanding, the vocabulary, to even begin to consider doing that. But my reading now connects with growing into that understanding, although its primary and ongoing purpose is not to engage with literary questions like those this survey is exploring.