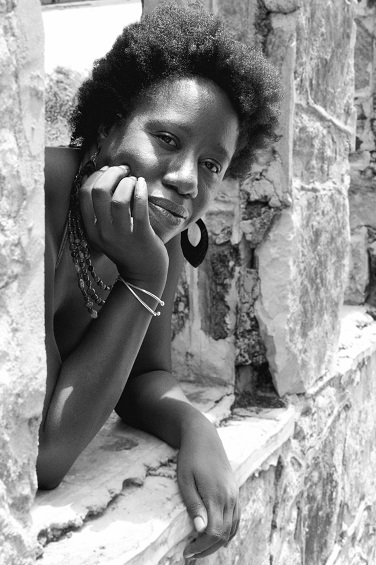 One I remembered not that long ago while listening to a musical performance. It was a song I made up in my head when my primary school class, I don’t remember what grade, was taken to Deluxe (the local theatre) to see Chariots of Fire (I remember we also saw ET and Annie on class trips). I was young enough to find the movie dull but old enough to be seduced by the score – so seduced I wrote lyrics to the iconic theme song. And whenever I hear that melody now, those lyrics – which were about the nature of love and had zero to do with the actual film – come back to me.

Another first, after Tanty (my grandmother) died I inherited the silver bracelets I still wear and a black and white notebook I still have which had her name on the cover and her writing (what I thought was her writing) covering some of its pages. I wrote my name beneath hers on the cover and after I’d finished reading what was in the book, a slave narrative, I wrote one of my own, a plantation era narrative about a girl – a white girl who hated slavery and fought against it with the help of “her negro friend’.

The third thing that comes to mind is the story I published as a serial in the local paper in my teens, which is the period I think of as the beginning of my becoming as a writer – my teens is when I consciously started writing stories and poems. I don’t have that story anymore, published or unpublished version, and if it was published it likely wasn’t my first attempt, but I remember it began with a pregnant teenage girl feeling the ‘shame’ of her condition as she fetched water from the standpipe.

Me. My characters.  Beyond that, I hope Caribbean people see themselves and the rest of whoever sees us, as we are and as we imagine ourselves. But the impulse to write comes from something inside me; often it’s how I process (i.e. try to make sense of) life.

I’m not sure but I remember when I was in primary school reading V. S. Naipaul’s Miguel Street which, I believe, my brother was studying in secondary school so it would’ve been around the house. We did Caribbean short stories in primary school (like the one about Millicent and her red organdy dress which I recently discovered was written by Merle Hodge) and, of course, before that there was Anansi but that seems to be the first novel.

Not as many as I should be able to. But the writers I think of as foundations of the Caribbean canon, which is not to say that I’ve read all of them, include Claude McKay, Edgar Mittelholzer, Michael Anthony, Naipaul, Derek Walcott, Sam Selvon, Jean Rhys, Martin Carter, George Lamming, Earl Lovelace, Wilson Harris, Kamau Brathwaite, Austin Clarke, Paule Marshall…?

From that early period? Less than “not as many as I should be able to” - Rhys and maybe Marshall, Una Marson definitely for her role in helping to create a platform for the early writers through the BBC programme Caribbean Voices (it was kind of dope to find myself on a list with the likes of her on Lit Hub* recently). Those are the ones that come to mind. Well, and Erna Brodber but she would’ve come later, I believe.

No single writer in particular; just continuing to ‘discover’ the canon – classic and contemporary – in general. I’ve recently read or re-read, I’m not sure which, and reviewed Wide Sargasso Sea* and given that I’ve liked the other two Jean Rhys books I’ve read, and find her life interesting and mysterious, and her writing in some ways very modern and feminist for its time, I’m game to read more. I think Caryl Philips has a new biography of her, A View of the Empire at Sunset. I’d be interested in reading that.

Probably Anansi. Honestly, the first thing that flashed in to my mind is Antiguan and Barbudan calypso and Paul Keens Douglas – especially Tanty and Slim at the Oval – on the radio. Neither of which qualify as reading but which were foundational to my introduction to Caribbean literature. It’s there in Antigua and Barbuda’s King Obstinate’s Wet You Hand – a song which was fun and funny to me as a children and which I’ve used as an example of scene building and character description in my workshops, or in the way he knits the story of Anansi stealing the birds’ feathers into another of his songs – songs that did what Calypso did which was be bold-faced and satirical and reflective of our lives and our truth (especially the truths we didn’t dare speak) while bearing our unique brand of humour and matter of factness about life’s tragedies. It’s there in the writings of Shelly Tobitt – named for Romantic era poet Percy Bysshe Shelley; though I wouldn’t see the connection until college. A romantic idealist in his own right, or so his lyrics would suggest, as a child Shelly, the calypso writer and frequent collaborator of Antigua and Barbuda’s best calypsonian and inarguably one of the best the region has ever produced the Monarch King Short Shirt (who Dorbrene O’Marde writes about in his Bocas longlisted biography Nobody Go Run Me), was to me a poet who used the frustrations of the people to comment on economic, social, and political issues in a way that was deeply and enduringly philosophical, with melodies that captivated. So, the calypsonians and the oral tradition (including the jumbie stories) would have been my first reading of Caribbean writing.

It does. One of the reasons I volunteer with Wadadli Pen – not only getting young people to begin to think about their own stories and develop their own writing muscles  but with the blog, building bibliographies of Antiguan and Barbudan literature, criticism, and other documented discussion of our art on the Wadadli Youth Pen Prize blog is because it matters and because small countries like Antigua and Barbuda aren’t typically part of discussions of that past (as an Antiguan and Barbudan writer in the Caribbean now I still have to fight to wedge my foot in the door much less) – and we should be. Meanwhile, the fact that I’ve made space for Caribbean literary history – notably the bibliography written by St. Lucia’s John Robert Lee and other stories of our literary past and present – on the blog speaks to the premium I place on not just sharing our collective Caribbean literary legacy but continuing to discover it for myself. Because I was and am before I became a writer a book nerd. I wish I could immerse myself more in this kind of discovery and volunteerism but there are bills to be paid. As a Caribbean person existing, I believe our stories matter – “the full has never been told” (Buju). We have a literary tradition, we had a first renaissance and may be in the throes of a second, but we have been underexposed to it, still read and know more about American and British literature (and others’ expressions of story) than we know our own, and perhaps because of that don’t fully value the stories that only we can tell. I am a fiction writer not a researcher so this isn’t my work specifically but there is a lot of research still to be done, a lot of facts that still need to be settled; it not only matters to me, subjectively, but it just matters, period.

Oy ve! I don’t like value judgments like “most important”. A Writer like Edwidge Dandicat is hugely important to me, as is Antigua and Barbuda’s biggest literary export Jamaica Kincaid, someone else will say Marlon James, someone else will say Kei Miller, or Monique Roffey or Tiphanie Yanique, all writers I’ve enjoyed, all award winning writers with huge platforms doing interesting and compelling things on the page.  But there are so many writers in the gaps, writing their niche in a way that potentially opens it up to other eyes; and for me that’s one of the more interesting things is that there is no single voice, no single point of view, no single voice of importance; rather so many voices – at home and abroad, from islands big and small, of different subsets – clamouring to be heard and important in their way. If only more of them, more of us, could be amplified.

I just finished and blogged about A Brief History of Seven Killings*. As I type this response, I just spent the day reading short pieces for a workshop I am participating in – so I read a little Olive Senior, Karen Lord, and Tobias Buckell today, along with some other things. I was reading Malcolm Gladwell’s Outliers on the plane earlier and Tananarive Due’s The Black Rose at some point during the day, the former is about the contexts that shape achievement and the latter is about Madame C J Walker, and the only thing Caribbean about either of them is Gladwell’s chapter on his Jamaican family near the end of his book.