Prof. Alison Donnell is Head of School of Literature, Drama and Creative Writing at the University of East Anglia. She has an established international profile in the field of Caribbean literature, with significant contributions to the fields of literary history and culture, recovery research of women authors, and Caribbean literary archives. Her work also focuses on Caribbean feminism and literature; gender, sexuality and queer studies. She is the author of a wide number of publications including  Companion to Anglophone Caribbean Literature (co-edited with Michael Bucknor); Selected Poems of Una Marson, and Twentieth Century Caribbean Literature: Critical Moments in Anglophone Literary and Critical History. Her most recent publications include a special double issue of Caribbean Quarterly on Caribbean Literary Archives and Caribbean Irish Connections: interdisciplinary Perspectives (co-edited with Evelyn O’Callaghan and Maria McGarrity). Current projects include a monograph: ‘Caribbean Queer: culturequeer belongings, sexual plurality and the literary’ and a collection of Caribbean women’s fiction 1920-1970. Alison’s research has been funded by grants from the AHRC, British Academy, and Leverhulme Trust. She has also a keen interest in contemporary creative writing and is the Chair of Directors of Wasafiri, a magazine of international contemporary writing. She has acted as a judge for academic prizes, and has delivered invited lectures internationally; the most recent was the National Library of Jamaica’s 2016 Annual Distinguished Lecture. https://www.uea.ac.uk/literature/people/profile/a-donnell 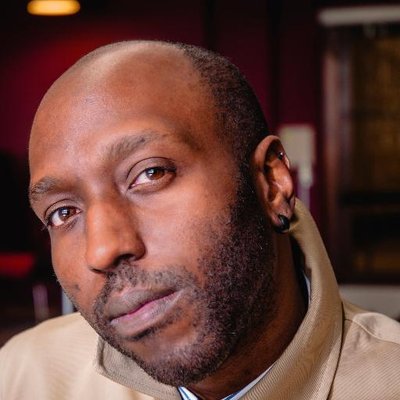 Prof. Kei Miller is a Jamaican writer and a Professor in Creative Writing at the University of Exeter. He is the 2014 winner of the Forward Poetry Prize for his poetry book The Cartographer Tries to Map A Way to Zion, The Next Generation Prize (2014), the Commonwealth Writers Prize (2007), and has won the NGC Bocas Lit Fest Price in 2014 for his collection of essays Writing Down the Vision and for his latest novel Augustown, in 2017. He has been shortlisted for numerous prizes including the Commonwealth Writers First Book Prize, the Dylan Thomas Prize and the John Llewellyn Rhys Prize. Other publications include Kingdom of Empty Bellies (2005); Fear of Stones and Other Stories (2006); There is an Anger that Moves (2007); The Same Earth (2008); The Last Warner Woman and A Light Song of Light (2010) and the edited collection of poetry New Caribbean Poetry: An Anthology (2007). Kei Miller’s previous research examined epistolary practices in the Caribbean between 1900 and 2000; which was the focus of his doctoral Thesis. He is also a blogger and writes essays about race, gender literature and Jamaica in his blog Under the Saltire Flag

Dr. David Sutton is Research Director at the University of Reading and an international expert in literary archives. He is currently involved in four projects: Diasporic Literary Archives Project, Firms Out of Business, Writers Artists and their Copyrights Holders and the Location Register of English Literary Manuscripts and Letters).  He is author of the Location Register and the resulting 1988 two-volume publicatin Location Register of 20th-century English literary manuscripts and letters, which has been a significant reference source for the study of English literature. David’s research interests center around the characteristics and role of literary archives; international locations of primary literary materials; copyright and orphan works, urban development, food culture and municipal government, fields in which he has published widely. He is also Chair of GLAM (the Group for Literary Archives and Manuscripts) since 2010 and a member of the UK Literary Heritage Working Group. He has received the Benson Medal for outstanding services to literature by the Royal Society of Literature (2002) and was named Archivist of the Year by the Scone Foundation in 2006. https://www.reading.ac.uk/library/contact/staff/d.c-sutton.asp 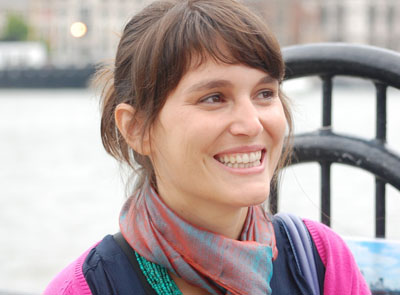 Dr. Marta Fernández Campa is Senior Research Associate at the University of East Anglia, and has previously worked as postdoctoral research assistant and lecturer at the University of Reading and the University of Saint Louis (Madrid campus), respectively. She has been the recipient of fellowships from the Fulbright Commission and the Center for the Humanities at the University of Miami. Her research has a comparative and interdisciplinary focus on how contemporary Caribbean writers and visual artists engage critically with counter-memory and historical erasure. Her current research examines the role of literary archives and the possibilities of born-digital practice for the future preservation and scholarship of Caribbean writers’ manuscripts. She has published articles, reviews and interviews in Arc Magazine, Anthurium, Small Axe and Caribbean Beat. She is also special projects editor at Caribbean InTransit. https://www.uea.ac.uk/literature/people/profile/m-fernandez-campa

Jennifer McDerra is a PhD student in the School of Literature, Drama and Creative Writing at the University of East Anglia. Her doctoral research will explore West Indian writing between 1930 and 1980 in order to bring neglected works and writers into view, the next step in a career committed to recovering and promoting lost voices. Jen was CEO at the Charles Causley Trust and the Writer’s Programme Officer at the Commonwealth Foundation where she worked on the development of ‘CaribLit’, a platform created in collaboration with the British Council, BOCAS Lit Fest and GRANTA to address challenges in publishing for authors and facilitate access to the publishing industry. This work resulted in the creation of Peekash Press. She is currently a 2017-18 Clore Leadership Fellow.   https://www.uea.ac.uk/literature/people/profile/j-mcderra

Zakiya Mckenzie is a PhD student at the University of Exeter interested in the voice of Caribbean people in the written and spoken word. She has worked as a journalist in Johannesburg, a newswriter in New Kingston and a Caribbean TV show’s production assistant in the Bronx. In 2017, she completed a Master of Research degree in Sustainable Futures at the University of Bristol focusing on the environmental and economic implications of "black gold" - petroleum - off Guyana’s shore. She has led research projects focused on the contribution of Black and Minority Ethnic to Bristol's tech industry and higher education  for Up Our Street (a neighbourhood management company). Zakiya is a volunteer producer at Ujima 98FM Bristol and host of The Griot Sound on the station. She is also an Ujima Radio Green and Black Ambassador encouraging a better natural and built environmental for all.

Barbadian author, editor and research consultant Karen Lord is known for her debut novel Redemption in Indigo, which won the 2008 Frank Collymore Literary Award, the 2010 Carl Brandon Parallax Award, the 2011 William L. Crawford Award, the 2011 Mythopoeic Fantasy Award for Adult Literature and the 2012 Kitschies Golden Tentacle (Best Debut), and was longlisted for the 2011 Bocas Prize for Caribbean Literature and nominated for the 2011 World Fantasy Award for Best Novel. Her second novel The Best of All Possible Worlds won the 2009 Frank Collymore Literary Award, the 2013 RT Book Reviews Reviewers’ Choice Awards for Best Science Fiction Novel, and was a finalist for the 2014 Locus Awards. Its sequel, The Galaxy Game, was published in January 2015. She is the editor of the 2016 anthology New Worlds, Old Ways: Speculative Tales from the Caribbean.

NourbeSe Philip is an unembedded poet, essayist, novelist and playwright who lives in the space-time of the City of Toronto. She practised law in the City of Toronto for seven years before becoming a poet and writer. Her five books of poetry include the seminal She Tries Her Tongue; Her Silence Softly Breaks,  Looking for Livingstone, and the acclaimed book-length poem, Zong!, a conceptually innovative, genre-breaking epic,which explodes the legal archive as it relates to slavery. Her four collections of essays include her most recent non-fiction work BlanK,  a collection of essays on racism and culture.  She is also the author of the young adult novel, Harriet's Daughter. Among her awards are numerous Canada Council and Ontario Arts Council grants, as well as the Pushcart Prize (USA, 1981), the Casa de las Americas Prize (Cuba, 1988), the Lawrence Foundation Prize (USA, 1994), and the Arts Foundation of Toronto Writing and Publishing Award (Toronto,1995), Dora Award finalist (drama, 1999). Her fellowships include Guggenheim (1990), McDowell (1991), and Rockefeller (Bellagio) (2005). 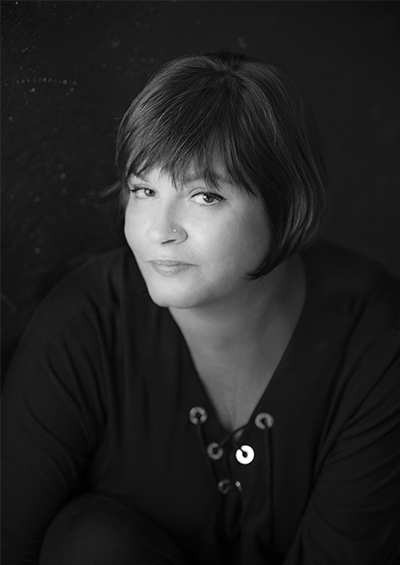 Sharon Millar was born and lives in Trinidad. She is the winner of the 2013 Commonwealth Short Story Prize and the 2012 Small Axe Short Fiction Award. Her first collection The Whale House and other stories (Peepal Tree Press 2015) was long-listed for the 2016 OCM Bocas Prize.

Her work has been anthologized in Pepperpot: Best New Stories from the Caribbean (Akashic Books and Peepal Tree Press), WomanSpeak: A Journal of Writing and Art by Caribbean Women,Volume 8, 2016 (edited by Lynn Sweeting), Trinidad Noir 2 (Akashic Books 2017), Griffith Review Edition 59: New Commonwealth Now (2018), Pree Lit Caribbean Writing (2018) and in the forthcoming anthology Thicker Than Water, (Peekash Press 2018). She is currently at work on her second collection of short stories and her first novel.