Dutty Bookman on the importance of archiving individuals 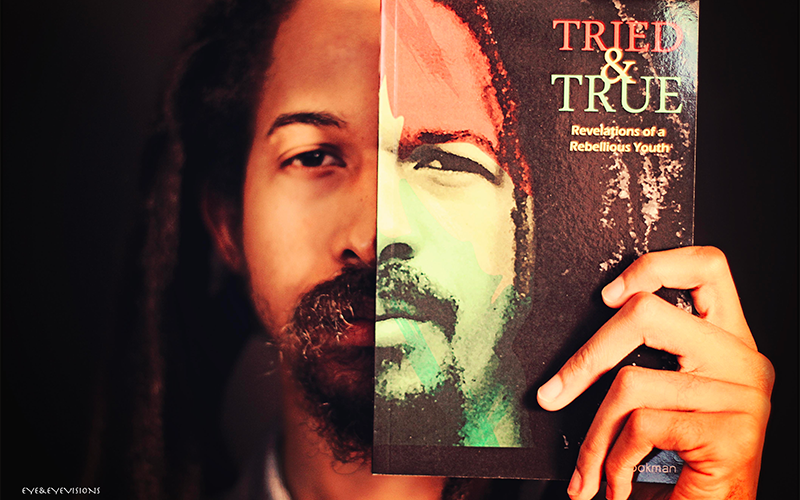 Documenting the realities of the present time is essential to the preservation of culture. Moreover, the crucial, foundational element of any collective story is the story of the individual. Although my story, and the telling of it, matters to me most of all, the very existence of my story matters to every future generation onward into eternity. National and regional societies will benefit, humanity in all its diversity will benefit.

Each one of us has a perspective that is important to the whole of us. Whether your own perspective is expressed in terms of poetry, prose, fiction or non-fiction, and whether or not it amasses popular readership, the fact remains that it will enrich our cultural well-being, whether we know it or not. The mere act of documenting, propagating and preserving literary accounts is the act of safeguarding our future. And so, with my initial foray into self-publishing came the impetus for founding Bookman Express in 2011.

Establishing this publishing company activated a steep and ongoing learning curve in the realms of business management, a process intertwined with my ideals, my emotions and my close range observations of the industry as an employee for a highly respected independent bookstore in Washington D.C. I was acutely aware of the vantage point from which I was observing the output of some innovative publishing houses and interacting with some of the world’s largest distributors. I was able to access and assess a significant portion of the global book industry and I very quickly became motivated by the desire to apply this increasing knowledge toward preparing a platform from which other passionate Caribbean writers could amplify their own messages. Key to this strategy was keeping the company based in the United States for ease of doing business in its much larger marketplace.

As we continually learn about the industry and take modest steps to grow our small outfit, we remain open to book prospects that come our way. Rather than being overly concerned with what we publish, we have been more interested in who we publish. We enjoy meeting passionate individuals who take their craft seriously and represent unique perspectives that appear beneficial to humanity. Upon receiving drafts from aspiring authors, we immediately want to gauge how purpose-driven their work feels. We also want to know how, if at all, Bookman Express can assist in each writer’s transition to professional authorship. Following book releases, we rely on authors to be self-motivated toward activating their core audiences. As they accumulate experiences interacting with their readers, we maintain dialogue, apply lessons learnt and conjure new ways to support their organic growth within our capacity and resources. 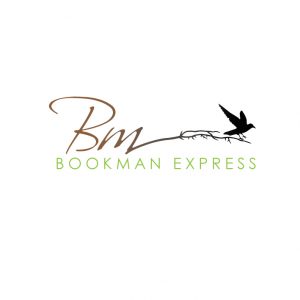 Aside from our intent to see our authors prosper as much as possible in the short term, another success marker will be if, years into the future, they have successfully amplified their literary voices in the niche markets or communities they naturally thrive in. Becoming leaders in this regard will increase their reference-ability. Their written works will be increasingly referenced over time as they become avatars for their ideological tribes. Bookman Express aims to put the highest percentage of profits feasible into the hands of its authors, giving them a real chance at a sustainable income in the event of high demand in the long term. We understand that larger and more established publishers have the ability to pay attractive advances before releasing their publications. For them, it is a small price to pay for the chance to claim the lion’s share of earnings if a book becomes a bestseller. In contrast, we believe that we can take a smaller portion from sales and still benefit in the long term by being the original rights holder for multiple authors’ earliest works. That is, provided we are successful in our mission and do a good job of discerning which writers stand the best chances of flourishing.

Currently, our writers include Gladstone Taylor, Tara-Elizabeth Downs and myself. Taylor is a young journalist who plies his trade in entertainment and other fields. He is deeply immersed in a community of energetic, young artists and creatives. Downs, our most recent author, is an accomplished young poet and pioneer in a growing movement of young people (especially young women) who deliberately commune together for the purpose of self-healing. For my part, I generally work to instigate a re-awareness of the agency of the arts and culture as tools for liberation.

My writings have played a role in my greater involvement with the global music industry, especially since I coined the name of the Reggae Revival movement in 2011. I did so with a primary intent that we in and from Jamaica, who were fueling an incredible and potent creative output, would also have a better than usual chance at controlling the narrative about what is said in global media regarding the nature, origins and collective vision for the movement. At the time, it was a fast-rising groundswell of new though familiar, spiritually conscious, artistic expressions led largely by music and messages from contemporary singers and lyricists. It was clear that such a beautiful energy emerging from its incubatory phase needed protection as it began spreading worldwide. From the very beginning, I imagined a future where the words “reggae” and “revival” could be typed into a search engine and, just like googling “Harlem” and “renaissance,” one would encounter a growing body of information – facts, opinions, contrasting views and general consensuses – related to a certain influential era in a certain locale. In this case, the time in question was the second decade of 21st century and the place was Jamaica.

If the Reggae Revival phenomenon is taken as it is – a deliberately coined phrase seeking to stimulate a spontaneous, organic, public record – then it should follow that I place the highest value on archiving, which is basically the act of preserving a history that one deems will someday become useful to a future generation. As a publisher, some basic steps have been taken in this regard. Each Bookman Express publication has a registered Library of Congress Control Number (LCCN), connecting it to the oldest federal cultural institution in, and de facto national library of, the United States of America. We also organized a press conference in order to submit our very first title (my memoir) to the National Library of Jamaica for the expressed purpose of having at least one copy that would be accessible to Jamaica’s citizens at no cost. Unfortunately, we were informed that the book would not be officially archived because the publisher (i.e. Bookman Express) was not based in Jamaica. Essentially, the deposit was only ceremonial, even though we did accomplish our secondary goal of calling attention to the importance of archiving literary works at the national level.

All said, I continue to support and encourage projects and initiatives geared toward securing documents of historical value. Our influential and even not so influential creative works are our true treasures to be kept safe from the clutches of oblivion while available for public consumption. These are more precious to us than money or gold. During an interview, the great icon Bob Marley expressed this point with his signature nonchalance when he asked the interviewer, simply, “Possessions make you rich?” Not waiting for an answer, he followed up with an important utterance. “I don’t have that type of riches. My richness is life, forever.” And this is exactly my point. In order to truly bask in our richness, we will have to consider the possibility of preserving our lives, even after death, with meticulous documentation and archiving of our life experiences in whatever ways these are expressed. This is a good way to bank what is most valuable to us: our actual selves.

Dutty Bookman is the founder of Bookman Express, a family-run publishing company that remains open to literary experimentations by contemporary authors in the Caribbean and African Diaspora. He lives in Florida with his wife, Sasha, and two sons, Azibo and Gyasi. He is also a DJ and radio personality. His official website is www.duttyism.com.