Andre Bagoo On writing ‘The Agony and Ecstasy of Eric Williams’ 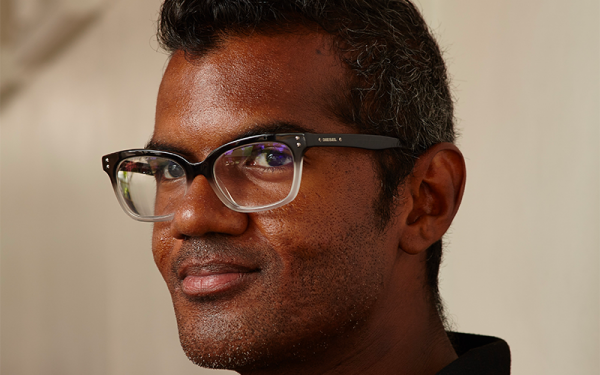 On March 22nd, 1981, Mongolia sent a man to space, John McCain’s father died in a military plane, the top song in the US was ‘Keep On Loving You’ by REO Speedwagon, British summer time began, and Eric Williams sat at his desk to make the last entry he would ever make in his diary. In a list of expenses he incurred during the course of that Sunday, Trinidad and Tobago’s first prime minister – who had taken the country from colonialism to independence – itemised one final payment. He wrote: “Insurance $320.00”.

We know this only because of the invaluable resource that is the Eric Williams Memorial Collection, an important archive of Williams’ books, papers and memorabilia housed at the University of the West Indies in St. Augustine, Trinidad. Williams was a trail-blazing politician known in international circles, but he was also a historian of considerable repute who wrote books that are today regarded as fine examples of the non-fiction genre. Capitalism and Slavery and his memoir Inward Hunger are widely-acknowledged classics.

His fame notwithstanding, many uncertainties still exist about Williams. One thing, though, is not disputed: he was meticulous. He kept diaries spanning decades, detailing what time he woke, when he went to bed, where he dinned, his blood pressure, the books he read, the books he wrote, the music he listened to, the groceries he bought, when he got a haircut and even how much money he donated to the church collection. Because of these diaries, we know Williams’ famous hearing aid cost him US$400 in 1976; his spectacles $187.

But in the final week of his life, for reasons best known to him, Williams declined to make any further entries in the blue, gold-lettered British West Indies Airways diary he had been using. After a lifetime of writing everything, he wrote nothing for the seven days leading to his death on March 29, 1981. This suggests his death was not a result of an abrupt illness that caught him off guard. It suggests his final entry of “Insurance $320.00” was meant to be momentous.

This detail is an example of the profound insights literary archives supply. It adds considerable weight to the notion Williams was preparing for the end, turning the theory that he committed suicide into an irresistible inference. In the days after his death, reports emerged he had paid off his house staff. It is also said he discovered he was a diabetic but maintained a habit of making “huge daiquiris” heavily sweetened with syrup, drinking large glasses of coconut water thickly sweetened with glucose, and never leaving untouched the pieces of cake served in Parliament during the tea-break.

Most tellingly, at the height of his distress in March 1981, Williams reportedly refused to see a doctor. If true, this was a striking about-turn for a man who, according to the archive materials, sometimes saw three doctors a day, often mere hours apart. The materials give us a dizzying roll-call: Dr Bartholomew, Dr Aqui, Dr Lee, Dr Mc Shine, Dr Joseph, Dr Wyke, Dr Ince, “some Japanese doctor”. The records also indicate how Williams was friendly with physicians all his life, dining and having with drinks with them and their spouses. In fact, his closest friend for most of his life was a doctor, according to materials lodged at the Memorial Collection.

Therefore, an advance directive from Williams, the sitting prime minister, to the effect that no doctor was to see him was completely inconsistent with his life-long reliance on medical officials. Either something overwhelmingly powerful was operating in his mind in the last week of his life or the accounts of his final days have been seriously tampered with.

If Williams’ death was enigmatic, so was his life. For instance, the diary entries suggest that in 1976, the year Trinidad and Tobago became a Republic, Williams paid one of his ministers, John O’Halloran, a total of $1,244 for drugs. The nature of these drugs is not specified, though it is clear payments were made regularly. What were these drugs? And why did Williams entrust O’Halloran with the task of procuring them? Years later, O’Halloran would become enmeshed in a corruption and bribery scandal that many regard as a blot on Williams’ legacy. Instead of removing O’Halloran from his Cabinet, Williams appointed O’Halloran executor of his will. Why?

All of this fired my imagination and became the backdrop to the piece I would eventually write for “Inspired by the Archives” at the behest of the Bocas Lit Fest. While I was given the option of writing fiction, poetry or non-fiction, I adopted the vehicle of the investigative poem, a mode I experimented with in my last book Pitch Lake. Poetry, after all, has a way of simultaneously illuminating and concealing; leaving room for expression of epistemological problems that confront us when we seek to unearth the truth at the core of any life. I hope that’s what my poetry sequence, ‘The Agony and Ecstasy of Eric Williams’, approaches.

Finally, it goes without saying, literary collections cannot tell us everything. Still, they tell us things nothing else can. Their tangible nature gives us a taste of the life of the people they cover by revealing their precious artefacts, their handwriting, the feel and smell of the paper they wrote on, the amount of time they spent in isolation making diary entries, their secret practices and quirks. With their emphasis on the curation of the individual, archives are also a kind of social media before social media, revealing information that not even their subjects might have anticipated could later be stolen by writers.

Andre Bagoo’s work has appeared in 3:AM Magazine, Asian American Literary Review, Boston Review, Cincinnati Review, St Petersburg Review, and The Poetry Review. He is the author of three poetry books:  Trick Vessels (Shearsman Books, 2012), BURN (Shearsman Books, 2015) and  Pitch Lake (Peepal Tree Press, 2017). He was awarded the The Charlotte and Isidor Paiewonsky Prize by The Caribbean Writer in 2017 and was specially commended in the 2018 OCM Bocas Prize for Caribbean Literature.

From the Archives
-
by caribbeanliteraryheritage
-
0 Comments
Interrogating History and Researching the Unknown: Looking for Lost Caribbean Lit