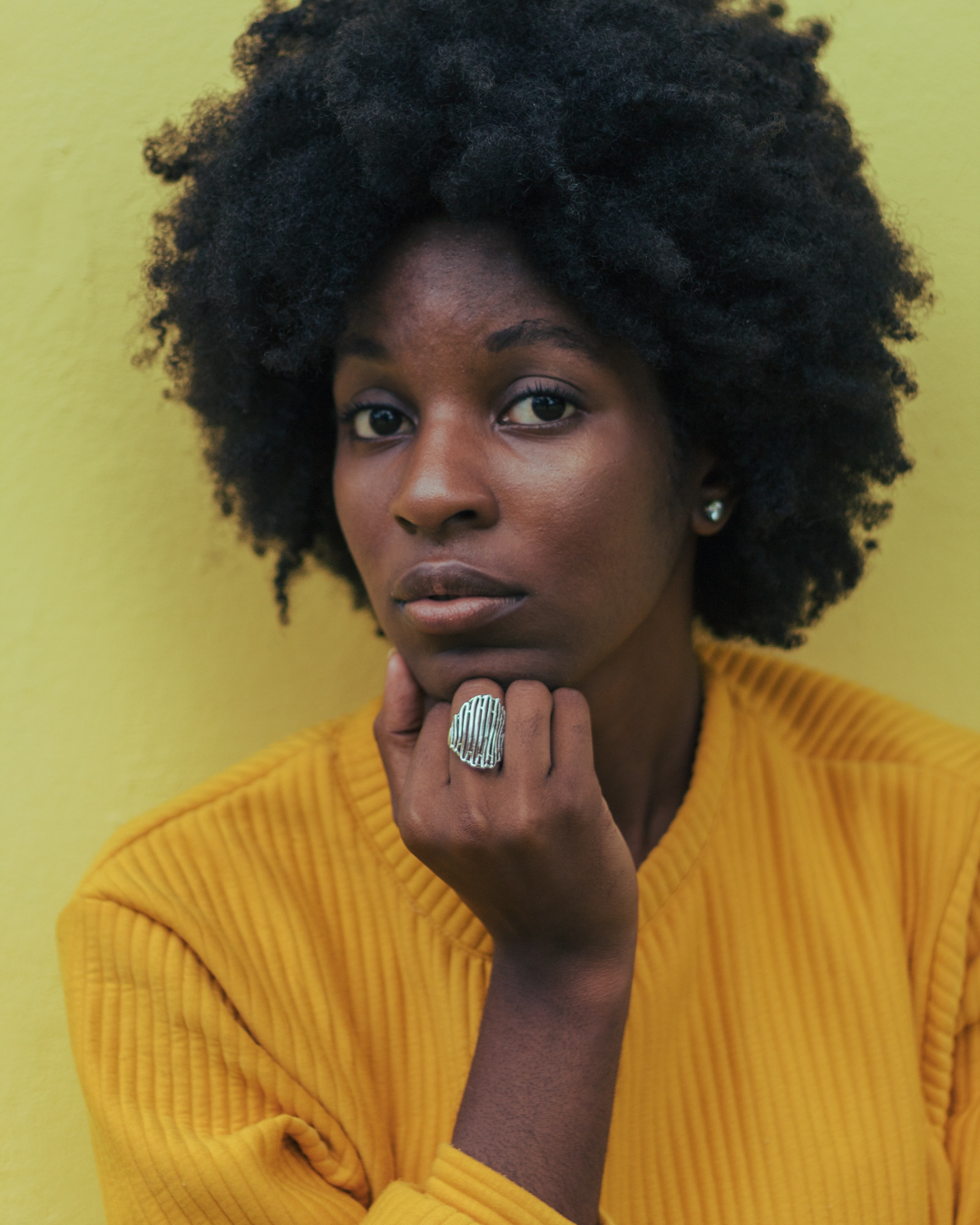 There are talking postcards in The Alma Jordan Library! Go to the third floor and ask for The West Indiana and Special Collections Section. Don’t tell them that you’re here to speak to the postcards (they won’t let you in) instead request the Michael Goldberg Postcard Collection. They’ll ask you which folder. Pick any number between 1 and 5 and then wait. I chose folder 1, with full intentions of flipping through it and moving on to number 2. The last thing I expected was to find myself in a conversation with women whose voices had been lost for more than a century.

Today people think of postcards as mementos or things to stick on the fridge. But in the 1800s they were a necessary facet of every traveler’s life. A postcard from Trinidad and Tobago was both an introduction and an invitation to the island. They were pocket-sized advertisements; and each photograph was the part of the country that a tourist had decided to send home. Sunsets, missionaries, market places, the ocean and lighthouses – there were so many options to choose from. You can discover much about a person by the kind of postcard they select. For example, what kind of man chooses a photograph of a woman as his postcard?

Often, the words scrawled at the back gave you the best hint. Prepare yourself. No matter how many postcards you read, the messages are always a surprise. You never know what you’ll find in these private notes, written and sent by real people who are now less-than-bones. Sometimes you’ll read their handwriting easily and other times you’ll struggle to decipher the smudged scribbles.

The women in these postcards have secrets tucked behind their pursed lips. In some photographs, there is resentment in their eyes. When you read the words they have had to carry on their backs – you understand their fury. Historically speaking, these women have always been spoken for. Whereas there is a proliferation of pictures and physical descriptions, there are almost no records of what they thought or even felt. While their bodies and faces were posed and documented, their minds and mouths were not considered valuable enough to be preserved in the same way.

The labels under each photograph are particularly telling. Some were called simply “West Indian Type” while others were crudely dubbed “Coolie Belle”. I came across one in particular, labelled “Type of East Indian Woman, Trinidad”.

Against a bamboo background, she stands beautifully dressed in a rich garment and dripping in silver bangles. When you flip over the postcard, there is a single question, written in smooth black ink and a perfected penmanship. Addressed to a Mr. Thomas H. Carolly who was residing in Broadway, New York, the writer asks:

“What would you do with her?”

During my research, I asked myself what it truly meant to be a listener. As a writer, my hope was not to write their story but to become a bridge from their mouths to your ears. While it may be a work of fiction, these women are real. Their faces and expressions are no mere figment of my imagination. I have always been passionate about women’s issues and consider it a privilege to raise the volume of such frequently ignored narratives.

In this story, Kyra a university student enters the special collections, the same way most of us might; by accident. She meets three postcard women who insist that she must help them escape. Now if talking postcards say, that taking them back to the place where their photograph were taken will open a doorway to set them free – obviously, you believe them. After all, in a world where the women in postcards finally have their voices heard – nothing is impossible.

BONUS: Here’s a striking fact. I spent days searching for a single photograph of the man behind the camera. All I have been able to discover so far is the location of his workshop and that his name was Felix Morin. There is not even a description of his likeness. Therefore, I’m passing this challenge on to you. The archives are a time machine. The door is open. Will you step inside?

Events, From the Archives
-
by caribbeanliteraryheritage
-
0 Comments
Celeste Mohammed on the archival inspiration for ‘Hart’s Cut’
Kendel Hippolyte on the St. Lucian Folk Research Centre fire