A Writer’s Guide to Inspiration by Breanne Mc Ivor 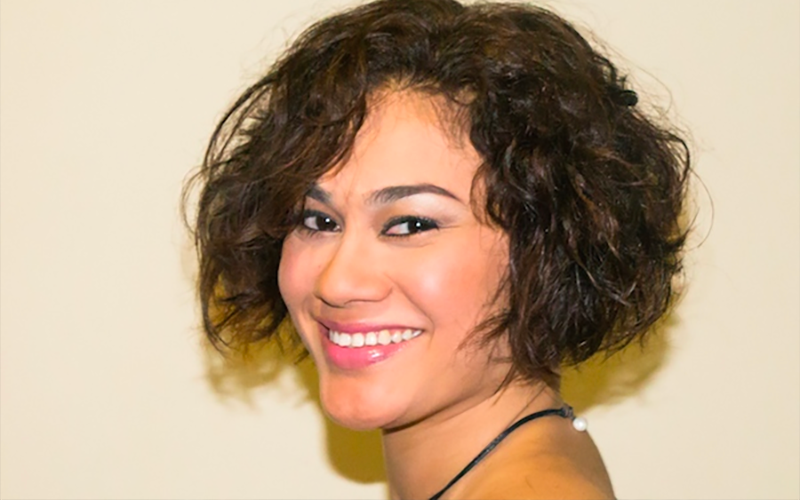 When I was nineteen, I studied medieval English. If it weren’t a compulsory part of my degree, I wouldn’t have gone through the trouble. Nevertheless, one of the most memorable moments of my studies was visiting the Emmanuel College Library to look at medieval texts. As we walked in, we were greeted by a table laden with hand-written, hand-bound books. The dramatic illustrations, the actual gold decorating the designs, the exquisitely curled capital letters—it all won me over. Imagine, I was sitting in a library in England reading something written almost a millennium ago.

Despite the surreal sense of awe I felt each time I visited literary archives in the UK, it never occurred to me to continue once I’d moved back home to Trinidad. Over the past seven years, I became used to getting my information through a screen. Want to know about an author? Google. It didn’t occur to me that the information I read was collated and processed by other people. And, if I hadn’t received this writing commission, I have no idea how long it would have been before I visited literary archives again.

The experience was revelatory. It showed me that I’d gotten used to research lite: getting my information through listicles (CLICK HERE TO READ ABOUT THE TEN MOST RECLUSIVE WRITERS), succinct quotes from authors’ best-known works, and summaries.

But suddenly there I was, tasked with writing an original piece inspired by publicly accessible literary archives in Trinidad and Tobago. I stood in The Alma Jordan Library confronted with physical copies of Caribbean literature and no hyperlink to tell me where to go next.

The first texts I read were Eric Williams’ daily diaries. Not because I had a particular interest in our first Prime Minister. They were just the easiest things for me to get. As I unwrapped the first of his diaries, I felt that almost-forgotten sense of awe. Imagine, I was reading Dr Williams’ diary entry on Friday 31st August 1962, our Independence Day. He usually wrote his entries in black or blue but on that day he wrote in red, the principal colour of our national flag. It was a quiet celebration from a man who did so much for our country.

Reading his diaries, I thought how lucky we are to live in a young country, where we don’t need weeks of classes before we can read our history. I spent a long time studying before I could understand medieval English. But here I could unwrap Eric Williams’ diaries and know that he was writing at a time when my father was a young man just starting off in the government survey offices.

I caught archive fever. I read all sorts of things. In the midst of my reading, I had to have two sudden knee surgeries. Still, I limped through the university library, bandages and all, to read.

I read Leaves from a Masonic Library or Freemasonry Explained Reviewed—a handwritten text where you could see which words the author crossed out and what he replaced them with. I read the manuscripts of Monique Roffey and Earl Lovelace simply because they’re two authors I’d previously read and loved.

And I hemmed and hawed around Derek Walcott. Walcott is someone I tend to associate with my undergraduate degree. It was at Cambridge that I read the great epic Omeros and the great essay The Muse of History. Walcott was someone I’d gently let go of when I came back home. I felt as if I’d read so much of him and so little of so many others.

In the interim, I’d also forgotten so much of him. Faced with a seemingly endless supply of Walcott archives, I didn’t know where to start. There were manuscripts from Omeros, drafts of poems I remembered and of plays I’d forgotten, and multiple versions of The Muse of History itself. I eventually requested the most accessible-looking thing Black Notebook – Box 3 Folder 1.

The notebook was more accessible than even I could have imagined. It contained a list of places where Walcott had submitted his short stories—I myself keep a similar (much less illustrious) list. It contained lists of payments for his work—I also have such a list. It contained drafts of his poems. And it contained inexplicable oddities, like the word WAGON in a box, totally without context.

It also contained the most bizarre and brilliant self-interview:

W: Why have you succumbed to this self-interview?

W: For the money. Also it’s more relaxed and easier than real writing.

The interview is a doozy. Walcott calls tourism ‘a superior form of prostitution’; laments that ‘Barbados has always been to me one of the stupidest of places’; and after questioning himself about how he can speak so openly about England without having lived there, puts himself in his place by saying ‘We have all lived in England’. That’s the most succinct analysis of colonialism I’ve ever read.

Once I started writing, the ideas flowed thick and fast. I think that’s partly because I severed the umbilical cord that connected me to the Wiki-world of easy answers and got back to the ink and paper world of writing. I’m not here to bash technology, but sometimes we need a reminder that there’s a world beyond our screen. And sometimes the good stuff – the meat and bones and fat of literature – sometimes that stuff is not on the internet. Sometimes it’s nestled in a man’s diaries, wrapped and neatly boxed away; sometimes it’s somewhere between the pages of a black notebook not much bigger than my hand. And the detective-work of looking for inspiration – for what, we’re not sure but for something – that can immerse you in brilliance up to your eyes and the sheer proximity to the Caribbean greats will inspire you to write. And write. And write even when you should be sleeping.

That’s certainly what it did for me.

Breanne Mc Ivor is a Trinidadian author who co-founded People’s Republic of Writing (PROW), a populist group created out of the belief that writing belongs to everyone. She has been shortlisted for writing prizes including the Derek Walcott Writing Prize in 2005 and the Fish One-Page Prize in 2010. In 2015, her story ‘Kristoff and Bonnie’ won The Caribbean Writer’s David Hough Literary Prize. Her work has appeared in Origami Journal, Rock Bottom Journal, Akashic Books’ Duppy Thursdays series, and elsewhere.

From the Archives
-
by caribbeanliteraryheritage
-
0 Comments